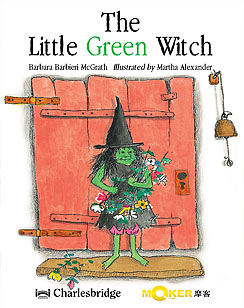 Book
Intro
Somewhere and once upon a time, a little green witch lived in a twisted hollow tree with a ghost, a bat, and a gremlin. The witch’s companions refused to help her when there was “unhousework” to be done, so she had to do it all by herself. One day the witch found some pumpkin seeds and she decided to plant them. The ghost, bat, and gremlin refused to help her do any of the planting, watering, or harvesting. They were not interested in helping to “scoop the yuck and gloop from the pumpkins.” They won’t carve the pumpkins or participate in making a “monstrous pumpkin pie.” What they don’t expect is that the little green witch is not as big a pushover as they think she is, and they better be careful. This witchy version of the story of the Little Red Hen is sure to entertain young readers who like witches, ghosts, and other beasties and monsters that go bump in the night. This would make a great title to read around harvest time or Halloween.
Book
Excerpt 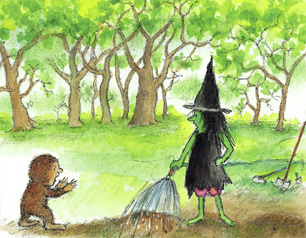 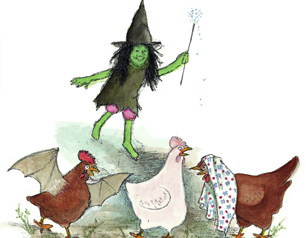 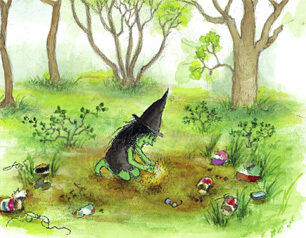 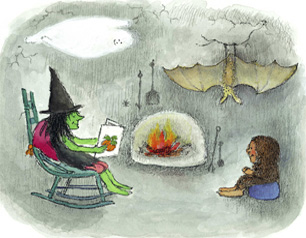